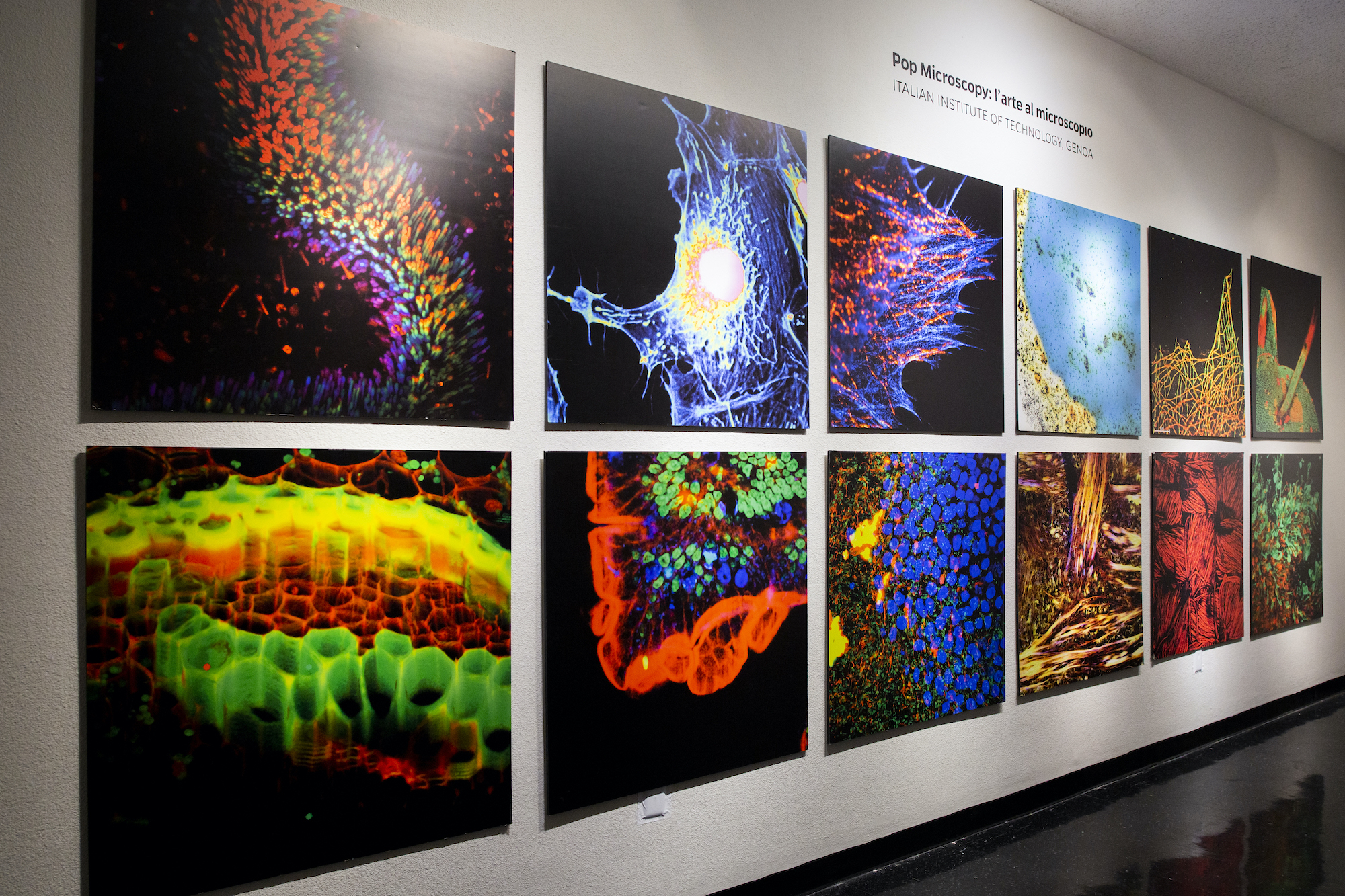 One Health's Pop Microscopy exhibition at the Libby Gallery on Friday, January 11th, 2019. 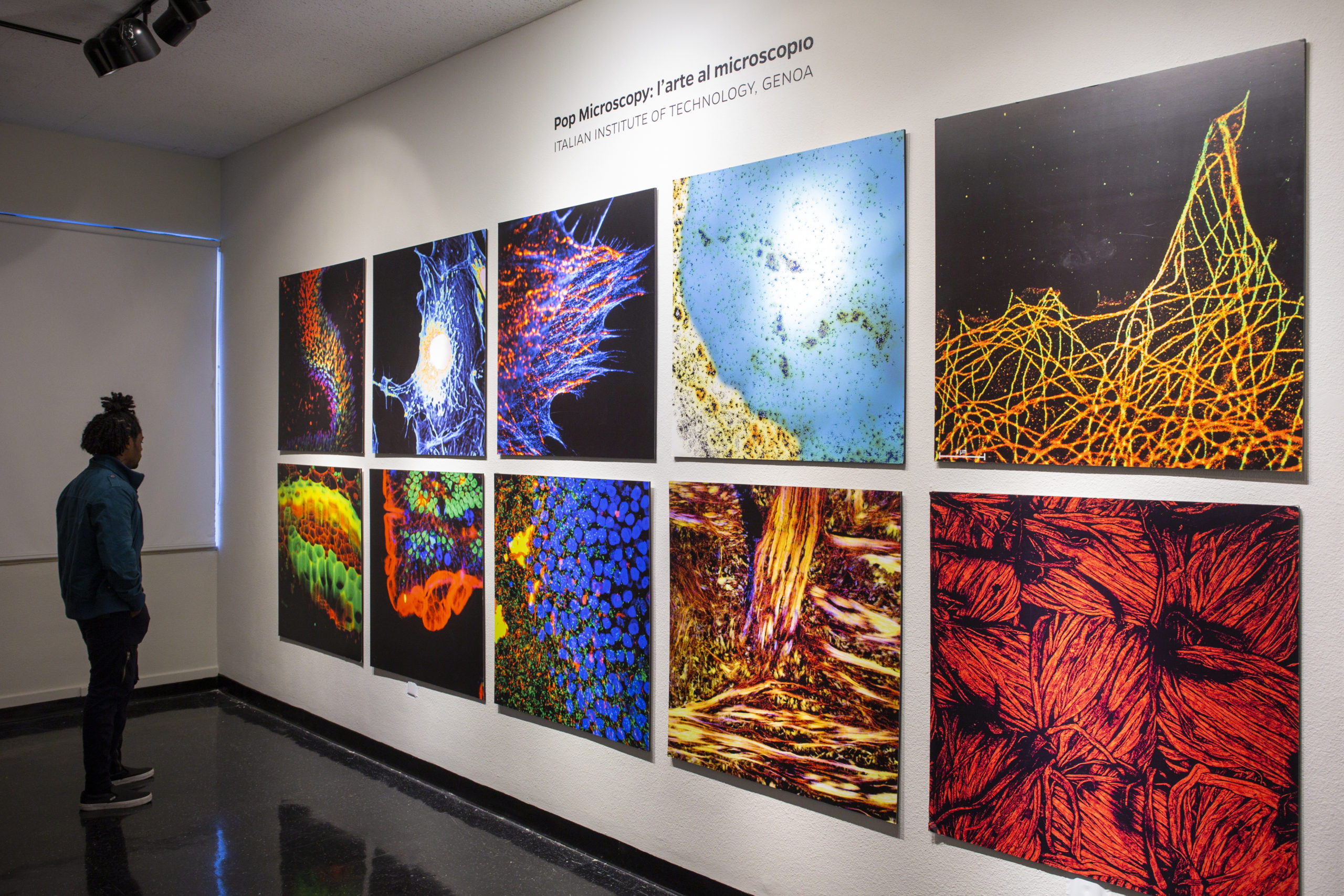 One Health's Pop Microscopy exhibition at the Libby Gallery on Friday, January 11th, 2019.

Pop Microscopy. Bridging ART and SCIENCE towards the Future

To celebrate the eclectic mind of Leonardo Da Vinci, 500 years after his death, the One Health Center of Excellence, in collaboration with the Italian Embassy in Washington DC and the Italian Institute of Technology, organised a travelling photographic exhibition, entitled Pop Microscopy. Bridging Art and Science towards the Future.

The show was created at the Nikon Imaging Center by the director of the Department of Nanophysics of the Italian Institute of Technology, Alberto Diaspro, and curated by Claudia Diaspro.  It contains about twenty scientific images obtained using an optic microscope, that uses cutting-edge technology for scientific research. The images were provided by internationally famous scientists such as the Nobel Prize-winners Martin Chalfie and Stefan Hell. The game suggested by the curator was to separate the images from their scientific value and put them in a different context, with much more of a Pop vibe compared to the laboratories they originally came from.

The exhibition made its debut at the Italian Institute of Technology in Genoa in 2015, and then travelled across the ocean, with the works on display in various areas provided by the University of Florida, and at the Italian Embassy in Washington DC in 2019, before coming back to Italy.